COVID Protocol: masking optional with dedicated masked area for those who so wish. 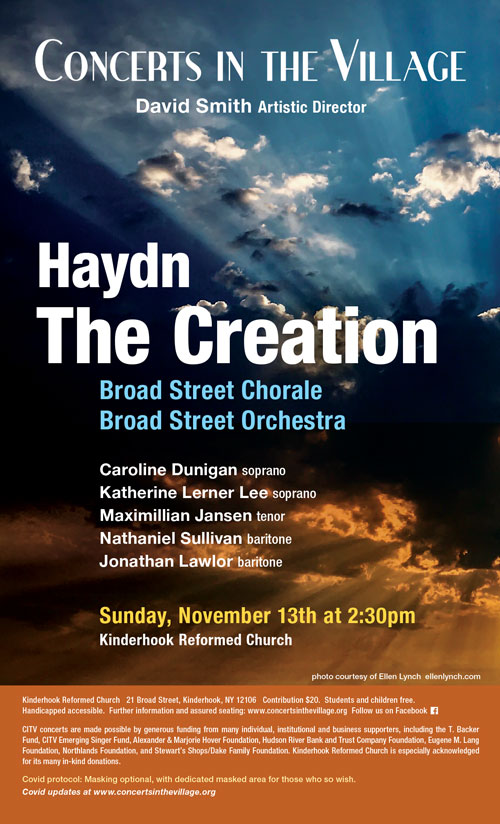 The 13th Season 2022-2023 of Concerts in the Village (CITV) opens with Joseph Haydn’s magnificent oratorio The Creation, at Kinderhook Reformed Church, 2:30pm, Sunday November 13th. The Broad Street Orchestra, Broad Street Chorale and five outstanding soloists – in all 70 musicians – will perform this dramatic musical account of the world’s formation out of chaos and the arrival of Adam and Eve which followed. CITV Artistic Director David Smith conducts.

Darkness to light, water, wind, seas, mountains, rocks, every plant, every creature – all so colorfully depicted by Haydn. What could be more appropriately reaffirming and expressive than this powerful narrative of generation. To accomplish all of this, one of music’s most imaginative composers calls upon extensive solo, choral, and symphonic forces to bring order out of chaos, and then with the arrival of Adam and Eve – that “blissful pair” – add human love to that order. In all of this Haydn brilliantly embraces both 18th-century classicism and 19th-century romanticism.

Recently returned from Germany, Dunigan is well known to CITV audiences, having previously performed major works of Vaughan Williams, Cherubini, Mendelssohn and Saint Säens. Opera News has described her as a “regal bearing, sparkling soprano.” Lerner Lee, 2021 winner of the Bard Conservatory Concerto Contest, makes her second CITV appearance, following the Fauré Requiem in November, 2021. For CITV, Jansen was tenor soloist in Bach’s Mass in B minor, Handel’s Acis and Galatea, and Mozart’s “Misero! o sogno!” His many credits include both concerts and opera. Sullivan’s previous CITV performances have included Bach’s Coffee Cantata. He was a Vocal Fellow at Tanglewood in 2018 and 2019 and a Gerdine Young Artist at Opera Theatre of Saint Louis in 2022. Lawlor, whose extensive solo credits include Beethoven’s 9th Symphony and the Brahms Requiem, will be making his CITV debut. Previous credits include Boston Baroque and Emmanuel Music. 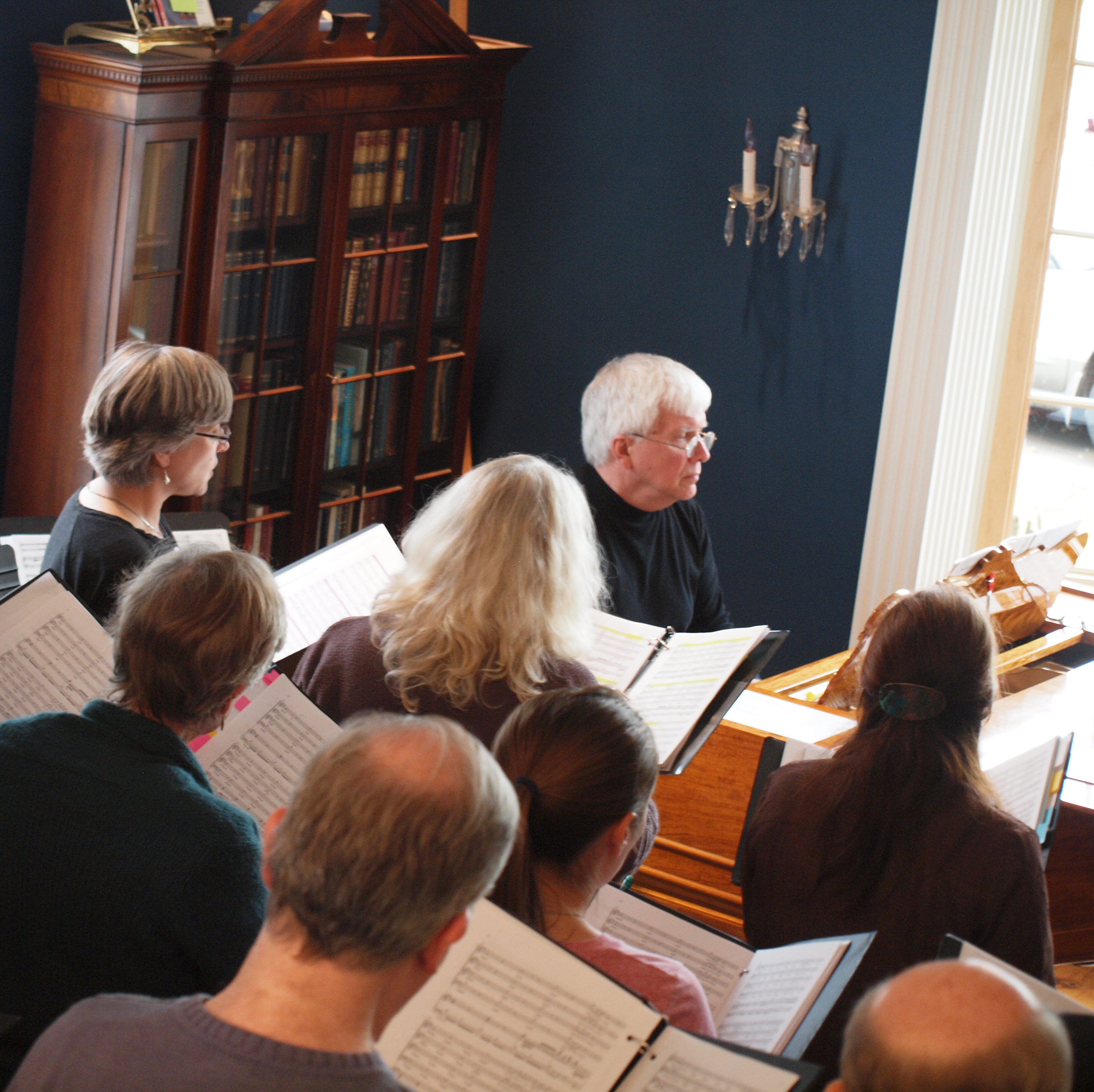 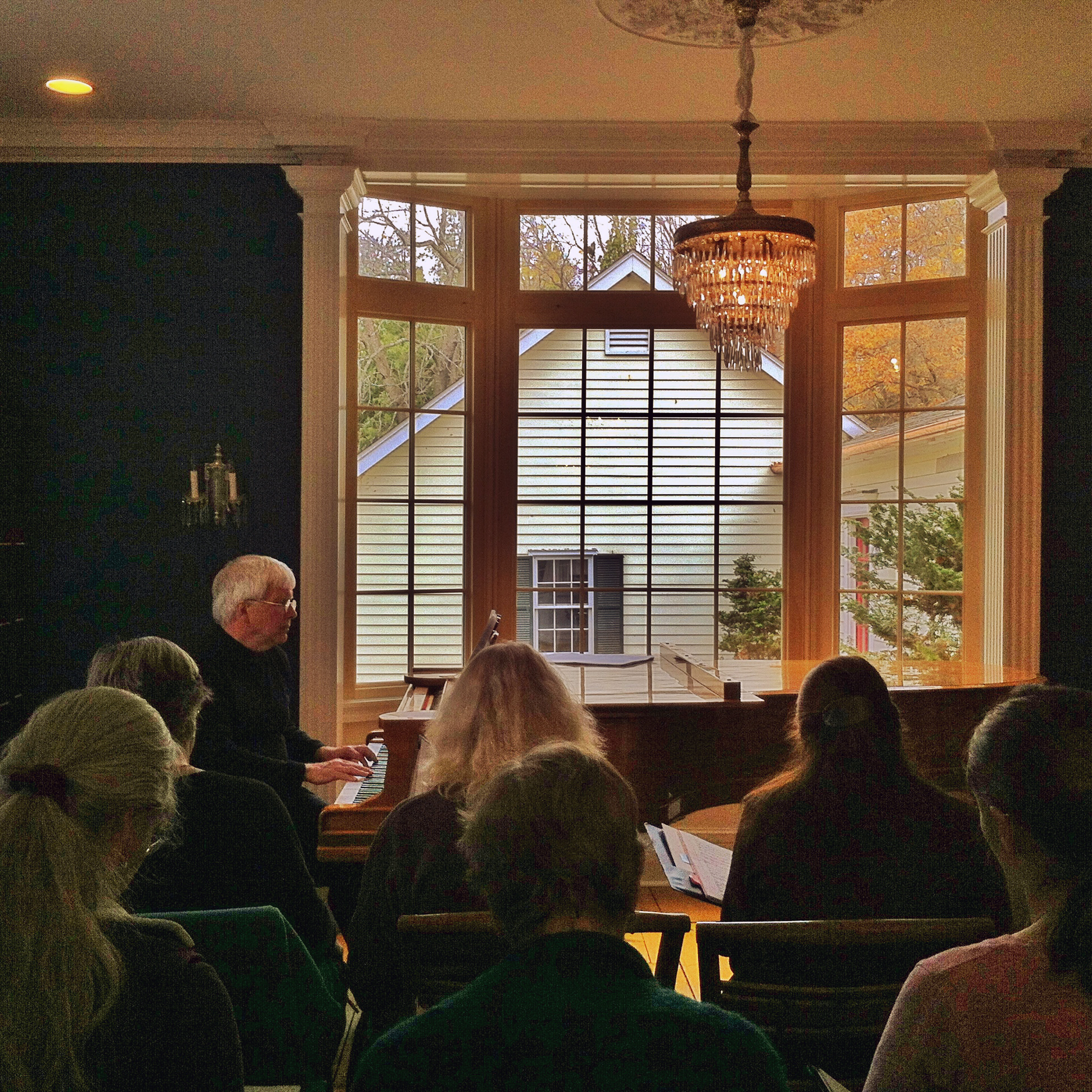 Concerts in the Village

“A stunning all Handel concert at the Kinderhook Reformed Church on November 9 was one of the finest musical events of its kind in many seasons.  Maestro Smith has brought his musical forces to heights of musical grandeur.  .  .  .  This third Handel concert of the series reached heights of sustained musical beauty….In a short time ‘Concerts in the Village’ has taken on a major musical role in the Upper Hudson Valley.” -John Paul Keeler, On the Scene, Columbia-Green Media, Nov 15, 2014 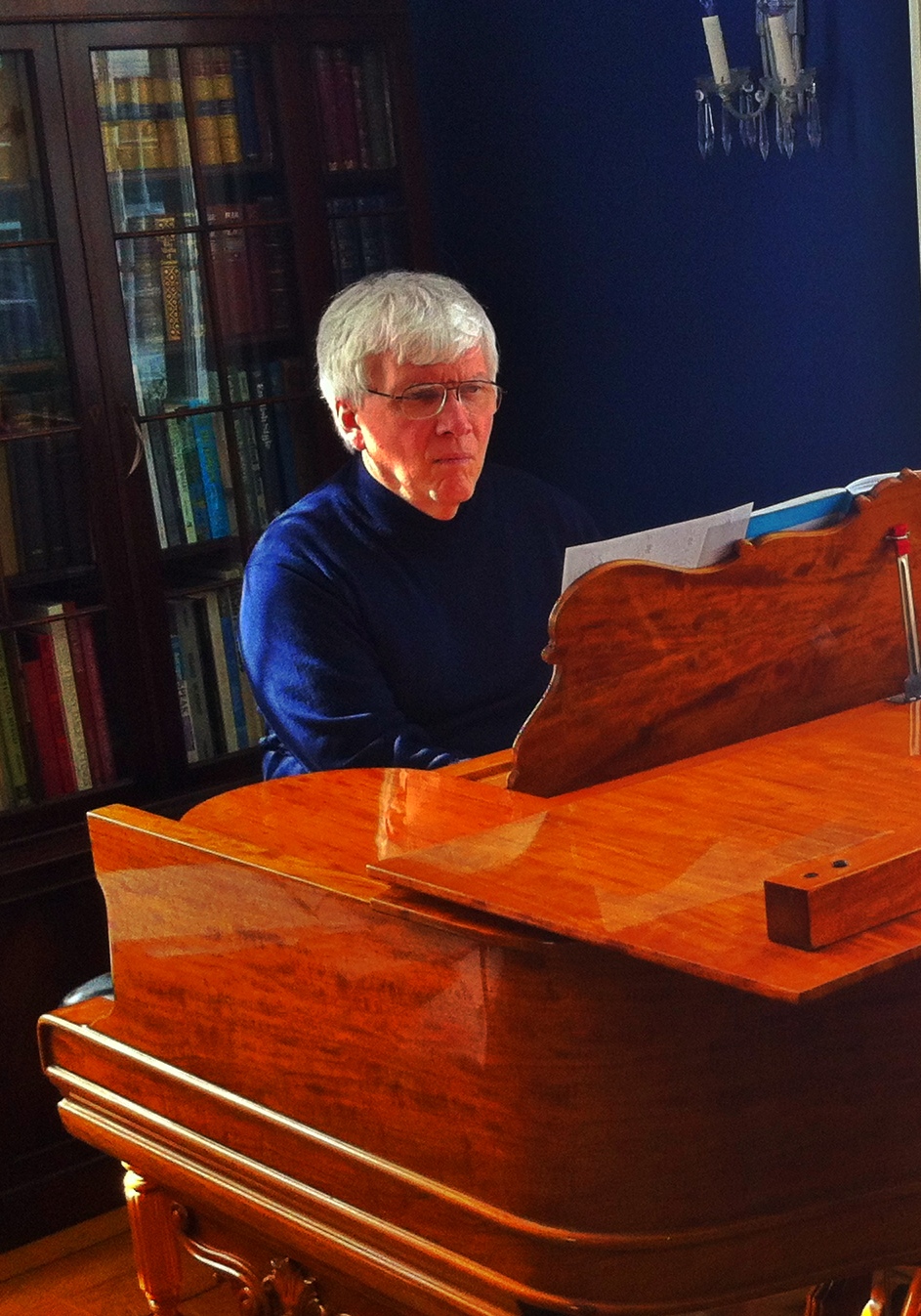