Schubert and Beethoven
The Dawn of the Romantic Age

Join us as we step into the 19th c., featuring Beethoven and Schubert, two greats of the Romantic Age.

This concert is made possible with public funds from the Decentralizaton Program of the NYS Council on the Arts, administered in Columbia County by the Greene County Council on the Arts through the Community Arts Grants Fund.    Generous funding has also been received from the Hudson River Bank & Trust Co. Foundation, Berkshire Taconic Community Foundation, and individual supporters. 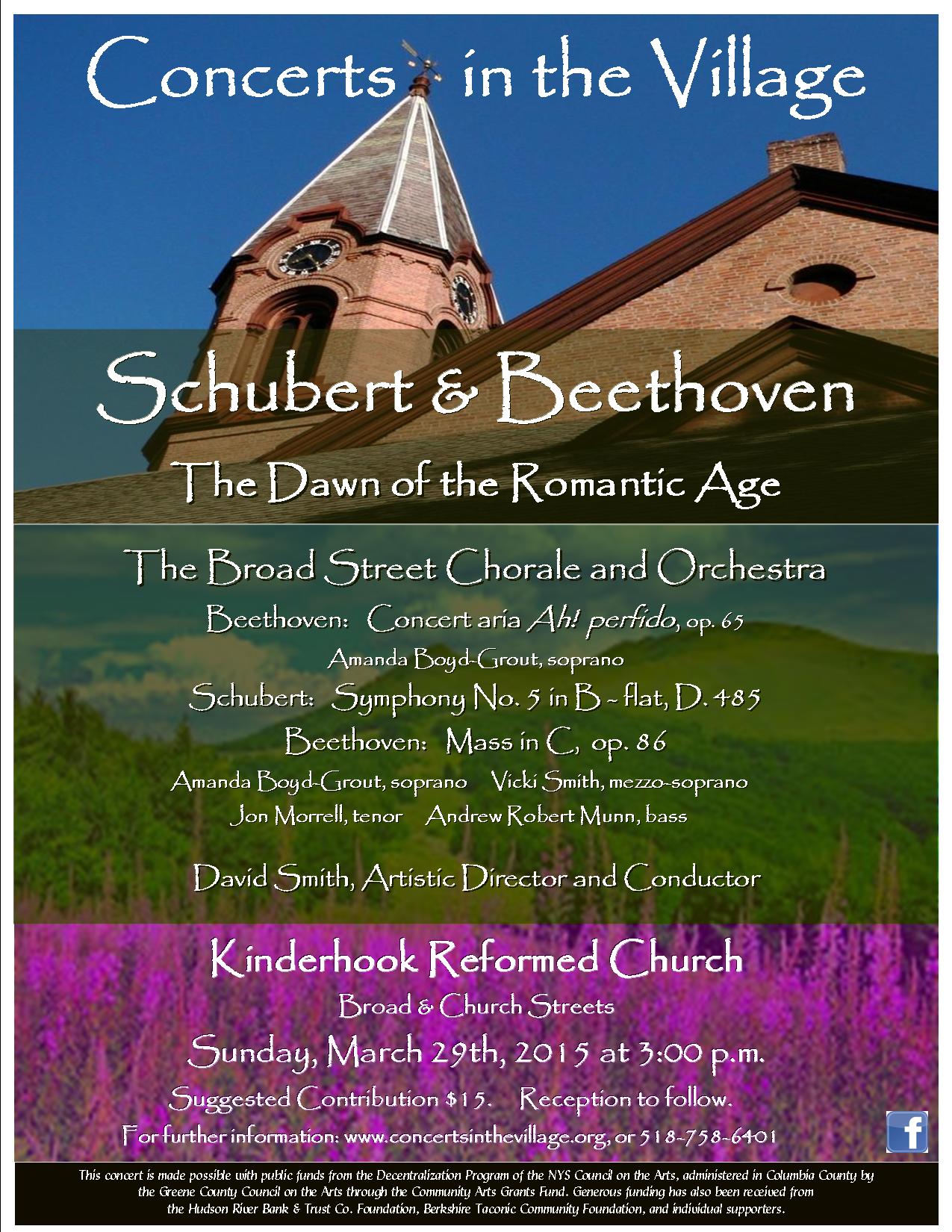 This concert made possible (in part) with public funds from the Decentralization Program of the New York State Council on the arts, administered through the Community Arts Grants Fund in Columbia County by the Greene County Council on the Arts.