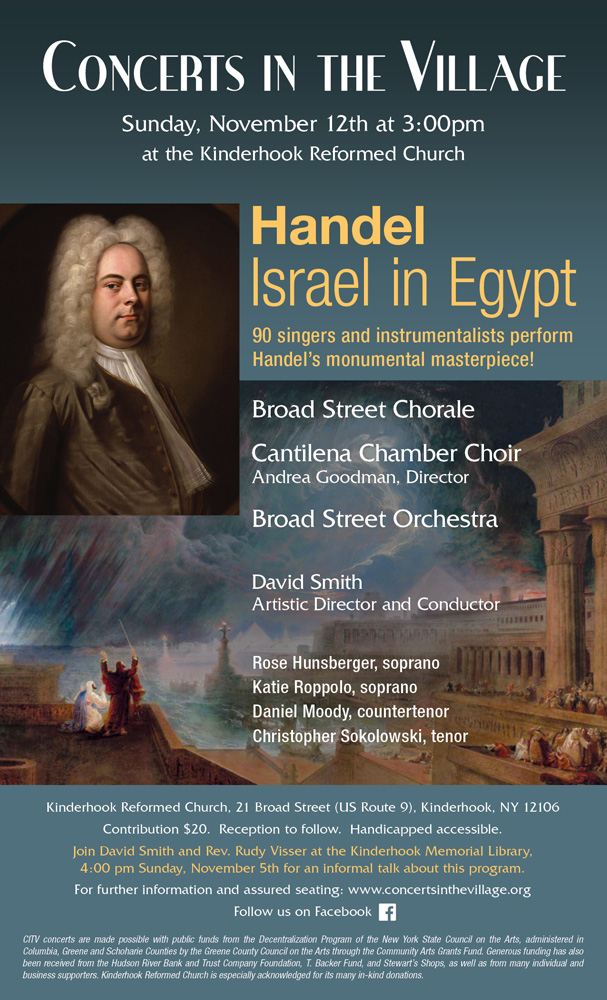 Map to Our Next Concert

At 3:00 p.m. on Sunday, November 12th at Kinderhook Reformed Church, Concerts in the Village will present Handel’s monumental oratorio Israel in Egypt, with the Broad Street Chorale, the Cantilena Chamber Choir (Lenox), Andrea Goodman, Director, the Broad Street Orchestra, and soloists.  This will be the second program of CITV’s eighth season. CITV Artistic Director David Smith will conduct.

For this concert CITV warmly welcomes the award-winning Cantilena Chamber Choir, in what is a first-ever collaboration for the Broad Street Chorale, CITV’s resident choral ensemble.

Four outstanding soloists will be featured, each a returning CITV artist:  sopranos Rose Hunsberger and Katie Roppolo, countertenor Daniel Moody, and tenor Christopher Sokolowski. The choral and instrumental forces required to perform Israel in Egypt are not exceeded by any other work of Handel and contribute mightily to its powerful effect.

In no other oratorio or opera is Handel more colorfully descriptive than in Israel in Egypt, where he portrays the dramatic exodus of the Israelites from Egypt (Part I), and upon their deliverance extended thanksgiving and celebration (Part II).

The composer’s text-setting is absolutely brilliant. In Part I the rivers run with blood, the King’s chambers are overwhelmed by frogs, there is pestilence for man and beast, flies and lice are everywhere, locusts devour crops, hailstones shower down, there is fire, and finally there is darkness . . . The first-born are beaten. There is no end to the horror so vividly conveyed by Handel. But at last the Red Sea is dried up and the Israelites escape, while the waters behind them overwhelm their enemies. All of this is high drama indeed, with action and emotion worthy of Hollywood at its cinematic best!

According to David Smith, CITV’s Artistic Director and Conductor, “In Israel in Egypt Handel leaves no dramatic opportunity unpursued. Largely forgotten in the late 18th and early 19th c., this remarkable oratorio was reintroduced by Mendelssohn in 1833. The enthusiasm on that occasion lasted throughout the rest of the 19th c. In fact for many years the popularity of this work was easily the equal of Messiah, and with good reason. However, current performances are not common due to the complexity of the choral writing and the extensive forces required to deliver the high drama of Handel’s work.

“For Concerts in the Village, the time to offer Israel in Egypt seems just right – thanks in no small measure to the opportunity we have to collaborate with the award-winning Cantilena Chamber Choir of Lenox.  I am especially grateful to Andrea Goodman, Cantilena’s Director and founder, for being so receptive to this collaboration and for contributing so essentially to our preparation. All of the many necessary ingredients are falling into place. I am confident that our listeners will be thrilled with the results on November 12th.

Four fine soloists will join the combined choral and orchestral forces. Soprano Rose Hunsberger is a frequent soloist in the area and member of Cantilena Chamber Choir. Soprano Katie Roppolo is a member of the Broad Street Chorale, with which she has appeared on several occasions, memorably as the Sorceress in CITV’s performances of Purcell’s Dido and Aeneas in Kinderhook and at PS21 in Chatham.

Countertenor Daniel Moody (http://www.danielmoodycountertenor.com/) will be making his second CITV appearance. Moody has appeared throughout the United States, and has been a Tanglewood Fellow. Among many laudatory reviews, the New York Times has noted that his “vocal resonance makes a profoundly startling impression…” Tenor Christopher Sokolowski  , a Tanglewood Fellow in 2016, will be making his third CITV appearance. Sokolowski, a native of the Hudson Valley, has performed throughout the United States in both opera and concert repertoire. In October of this year his impressive talents took him to Japan. The New York Times calls attention to Sokolowski’s “solid, attractive tone.”

As for Concerts in the Village and its previous Handel offerings, reviewing a 2014 program the late John Paul Keeler (Register Star, Hudson) concluded that the performance was “stunning . . . one of the finest musical events of its kind in many seasons . . . Maestro Smith has brought his musical forces to heights of musical grandeur . . . In a short time Concerts in the Village has taken on a major musical role in the Upper Hudson Valley.” 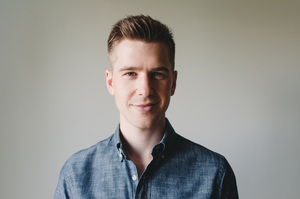 Countertenor Daniel Moody  has garnered widespread acclaim for his commanding yet expressive vocal timbre and breathtaking musicianship. Praised as having a “vocal resonance, [which] makes a profoundly startling impression” (The New York Times) and for his “vivid and powerful” voice (The Boston Musical Intelligencer), Mr. Moody enjoys singing opera, contemporary and early music alike.

He has performed the title roles in Handel’s Giulio Cesare and Rinaldo, Oberon in Britten’s A Midsummer Night’s Dream, Nerone in Monteverdi’s L’incoronazione di Poppea, and Arsamene in Handel’s Xerxes. Mr. Moody has sung with renowned groups Les Violons du Roy and Apollo’s Fire and has performed at the Boston, Indianapolis and Washington Early Music Festivals. He was invited as one of four vocalists in Joyce DiDonato’s Carnegie Hall Masterclasses in 2016, broadcast on Medici TV.

Recent highlights include the American premiere of George Benjamin’s Dream of the Song at the Festival of Contemporary Music at Tanglewood Festival, two operas with Mark Morris Dance Group, and re-engagements with Apollo’s Fire, La Fiocco and Charleston Symphony. In 2018, Daniel will make his debut with Portland Baroque Orchestra, GMGS series at St. John the Divine in New York City, and Illinois Symphony. For upcoming events visit  http://www.danielmoodycountertenor.com/ 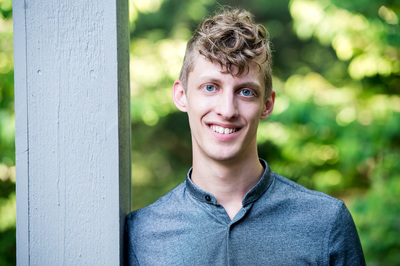 Tenor Christopher Sokolowski native of New York’s Hudson Valley, has performed a wide repertoire of concert and operatic works, from early baroque to contemporary premieres, and has been recognized for his “solid, attractive tone” by the New York Times.

He was a prize winner in the American Prize competition, the Orpheus Vocal Competition, and the Livingston Mather Scholarship Competition. He received his B.M. from SUNY Purchase, his M.M. from Indiana University where he was an associate instructor of voice, and was a fellow of the Tanglewood Music Center in the summer of 2016.

Soprano Katie Ropollo earned her Bachelor of Music degree from SUNY Fredonia.  She has performed in Bernstein’s Candide, was Euridice in Gluck’s Orfeo ed Euridice and most recently sang the role of the Sorceress in Purcell’s Dido and Aeneas with CITV at PS21.  She has been member of the Broad Street Chorale for over six years and is currently a student of Amanda Boyd-Grout. 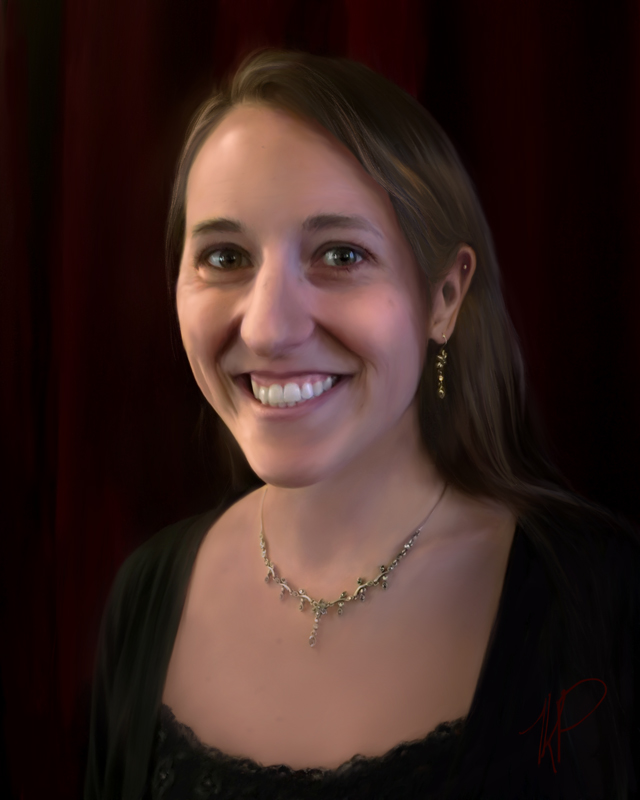 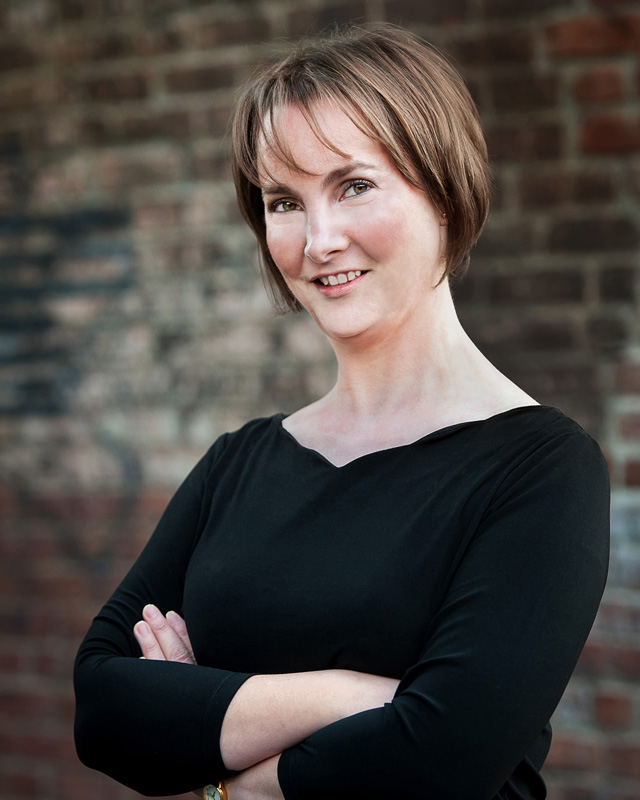 Rose Hunsberger, SopranoSoprano Rose Hunsberger has performed as the soprano soloist in Schubert’s Mass in G and Mozart’s Vesperae Solennes de Confessore with the Hudson Valley Choral Society and Lee’s Mechtilde von Magdeburg…Minnelider an Got with the Cantelina Chamber Choir. She has appeared as a soloist with the Saratoga Choral Festival and the Broad Street Chorale, and has performed as a soloist and recitalist throughout the Albany, New York region. Her opera and musical theater credits include Puccini’s Madama Butterfly with the Hubbard Hall Opera Theater, Poulenc’s Dialogues of the Carmelites with the Glimmerglass Opera and Lerner and Loewe’s Camelot with Park Playhouse, Inc. Chorally, she has worked with groups such as the Westminster Symphonic Choir, Albany Pro Musica, the Saratoga Chamber Singers, and the Cantelina Chamber Choir in choral works big and small. She currently serves as the soprano soloist and section leader for The First Church in Albany. Ms. Hunsberger is a graduate of Westminster Choir College, and teaches voice in the Albany and Kinderhook regions.
This concert is made possible with public funds from the Decentralization Program of the NYS Council on the Arts, administered in Columbia County by the Greene County Council on the Arts through the Community Arts Grants Fund. Generous funding has also been received from Hudson River Bank & Trust Company Foundation, Stewart’s Holiday Match program, and from many individual and business supporters.