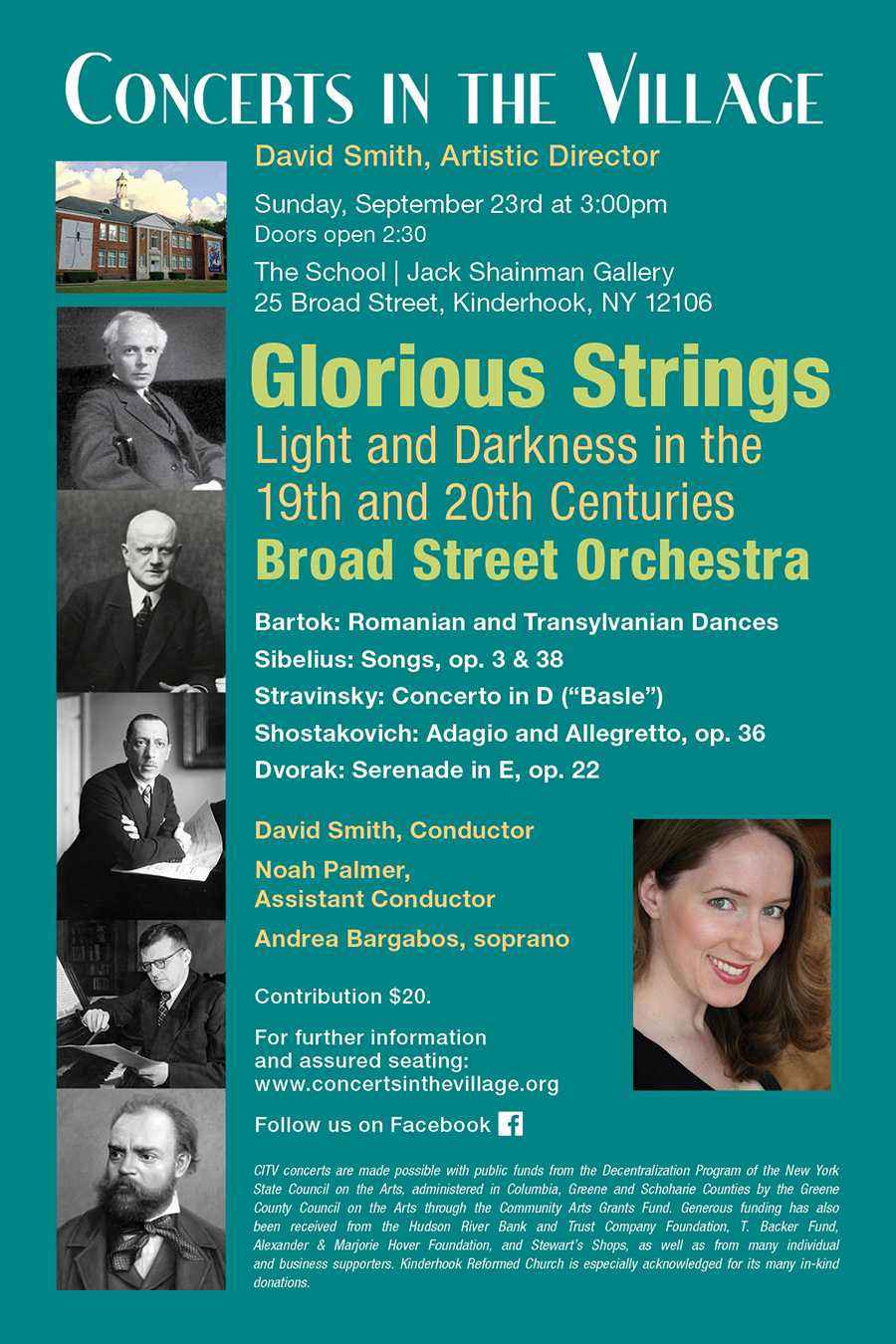 Light and Darkness in the 19th and 20th Centuries

For the first concert of CITV’s season, on September 23rd the Broad Street Orchestra joined by soprano Andrea Bargabos returns to The School│Jack Shainman Gallery for Glorious Strings: Light and Darkness in the 19th and 20th Centuries.

Featured will be important works for string orchestra:

As many listeners know from prior concerts at The School, in this acoustically resonant venue the sound of strings and voices really is “glorious”! Those attending are encouraged to view the current exhibition: Travelogue, a survey exhibition in the main space by Radcliffe Bailey, along with a concurrent series of solo exhibitions. http://www.jackshainman.com/school-2/ 3:00pm, Sunday, September 23rd. The School│Jack Shainman Gallery, 25 Broad Street, Kinderhook.

Soprano Andrea Bargabos has performed to acclaim throughout the United States in both concert and opera. She has appeared in Mendelssohn’s Elijah, Vivaldi’s Gloria, Mozart’s Mass in C minor, Beethoven’s Choral Fantasy, Faure’s Requiem, Handel’s Messiah, Villa-Lobos’ Bachianas Brasileiras, Vaughan Williams’ Serenade to Music, Beethoven’s Mass in C, Haydn’s Creation, Vaughan Williams’ Dona Nobis Pacem, and many other works. Her opera roles include Violetta in La Traviata, Musetta in La Boheme, Olympia in Les Contes d’Hoffmann, Yum-Yum in The Mikado, Norina in Don Pasquale, Queen of the Night in The Magic Flute, Countess Almaviva in Le Nozze di Figaro, Fiordiligi in Cosi fan tutte, and Rosina in Il Barbiere di Siviglia. Her CITV debut was this past March in songs or Lili and Nadia Boulanger.

Enjoy The School | Jack Shainman Gallery: We also encourage you to view The School’s current exhibition: Travelogue, a survey exhibition in the main space, by Radcliffe Bailey, along with a concurrent series of solo exhibitions. The New York Times featured The School along with four other galleries in upstate NY in “Worth the Ride: 5 Surprising Exhibition Spaces in Upstate New York” (August 30, 2018, by Nancy Princenthal). The five galleries also include Olana and Art Omi. What a rich county we live in!

For more about the exhibition, please visit http://www.jackshainman.com/school-2/ 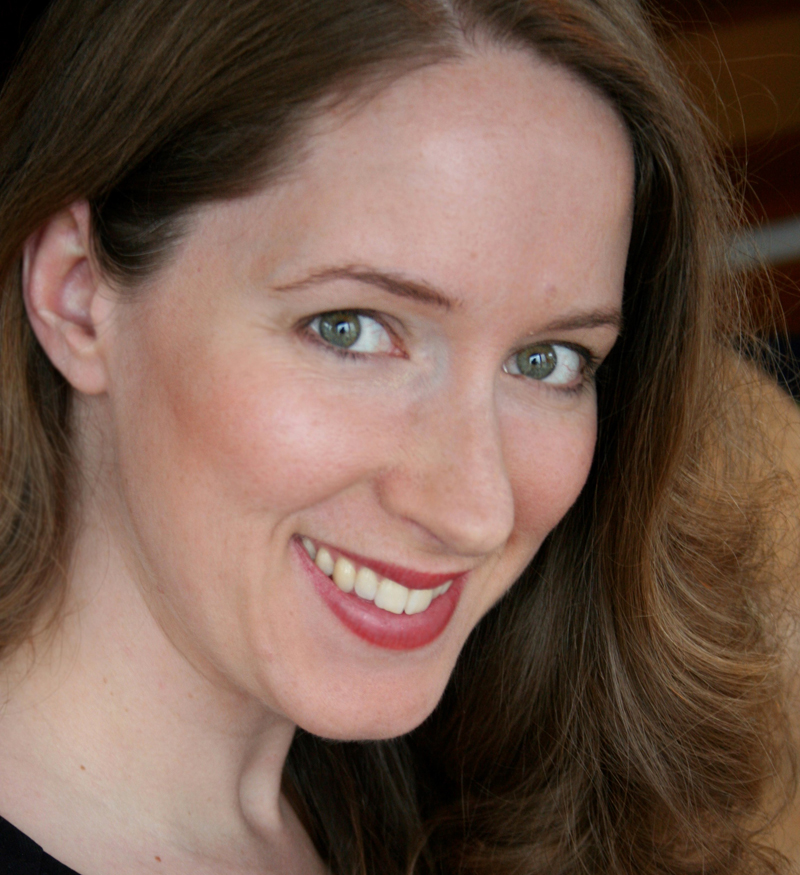